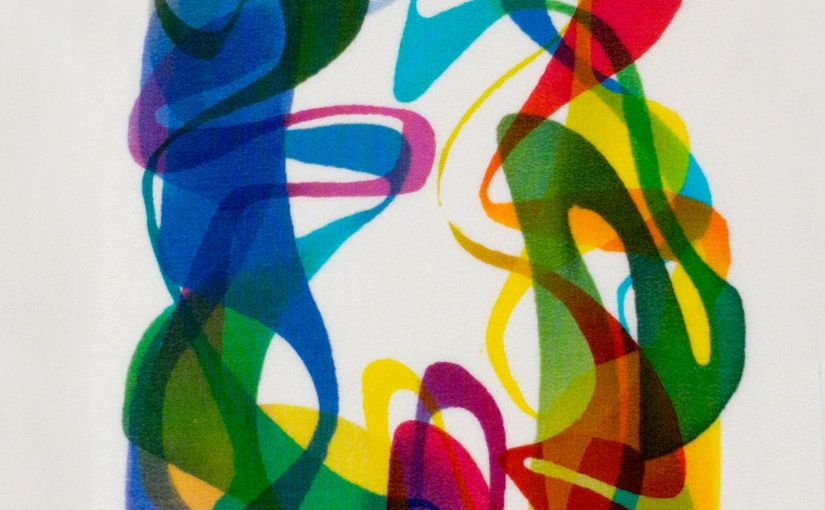 What if I randomly overlaid dyes. How far I could go before I created chaos and visual confusion.
I had begun to be acutely aware of the subjective decisions I made when building an image – when to arrest the process – when is a piece finished? In ‘Chaos Sequence’ in 1990, I began to de-construct the making of a layered image; to explore the idea of suspending time, in sequence, image by image – to map the changes and to reveal the transition from one stage to another.

The colour in this sequence, randomly and repeatedly overlaid, remains its luminosity. Each variation of tone, hue and tint has a quite extraordinary purity, unique to this particular process, while the silk still stays soft. The softness suggested touch, rather than mounting on a wall, and I knew that if it was enclosed within a book, it would retain its colour. I learned to make books in order to find a way of binding the sequence, and around 1995 I resolved the issue; However, I wanted to retain the ‘handle’ of the silk, so I made a sewn plastic sleeve for each, and bound them in one corner with a simple screw binder. The silk is easily removable. In a sense, what was temporary became a permanent solution.